Republished with permission from the publisher.  You can find the original column at Citizens Journal here:

I’ve been a registered Libertarian since 1980. Worked on every presidential campaign since Ed Clark and was elected Chair of the Libertarian Party of Ventura County 2018-2020. But I’m voting for Donald Trump in November.

Over the years, I’ve always heard the argument “Why are you voting Libertarian, you’re just throwing your vote away, you’re never going to win.” Supporting Libertarian presidential candidates was never about winning, the odds have always been stacked against any third party candidate beating the powerful Democrat/Republican machine as far as news coverage, or being invited to participate in the debates. The Commission on Presidential Debates certainly helped by adopting the exclusionary policy of 15% polling to qualify, a number impossible to obtain since NONE of the election pollsters even have us on their list; If the vote were held today, would you vote Dem, Rep or “other”? Other isn’t going to get 15%.

Unlike many die-hard political advocates, I’ve not always voted my party. I voted for Reagan, a Republican in 1984 and for Obama, a Democrat, in 2004. I really thought the Libertarian Party had its best chance of making a dent in the process when two elected governors, Gary Johnson of New Mexico and Bill Weld of Massachusetts were on the ticket, but we all know what happened.

So, why am I voting for Trump and not Jo (Jorgensen, not Biden) in November? Even if we believed that one vote doesn’t really matter, I’d rather give it to Trump just so he has one more vote over Biden.

Biden is the “Anyone but Trump” candidate. Period. At this point, the DNC could run a hamster and he’d be receiving the exact same polling numbers. Every speech, every interview from Biden is anti-Trump rhetoric, filled with fear and lies. While Trump is out there talking about his achievements over the past four years, Biden doesn’t mention even ONE that he’s accomplished in the 47 years he’s been in politics. NOT ONE! His record on what he’s supported has been horrific, if he wanted to tout what he did vote for, but I think he’s rather keep that all under wraps.

What is worse, is that any Biden supporter interviewed has no idea what Biden’s plans are for the county or even if he has any. They don’t care, as long at _____ (insert any Trump insult here) doesn’t win re-election. How absolutely stomach wrenching is that?

It is true, Donald Trump is NOT a typical politician. Throughout the 2016 primary, the news anchors were all waiting for him to “be more Presidential” whatever that means. Guess what? They’re still waiting. His candidacy was covered as a joke from the day he rode down the escalator – and the establishment never got over the fact, this outsider, this man who never ran for anything before, actually won the highest office in the country. And the DNC has been doing its best to get rid of him even before he took the oath of office.

Trump defies all political logic. His personal life isn’t that great. He never served in the military and has taken on more heat than any other President before him. And, he’s still standing.

Every host on late-night talk shows on Network or Cable, leads with anti-trump attacks. Back in the days of Johnny Carson and David Letterman, whoever the president was became part of their monologue and it was funny, now it’s just plain hateful. I’ve never been a fan of Fox News, and I don’t agree with a few of their views, but at least they report the “other” side with honesty and integrity.

Trump does what he says, means what he says and doesn’t apologize. Sure, he makes mistakes, tweets more than he should be, but he doesn’t take crap from anyone including reporters or leaders of other countries. I’d much rather have a lion than a pussycat in the Oval office.

I’m sure my Libertarian friends and my two democratic daughters will be upset with me. My middle daughter agrees with me, probably the only time she did, but this election is just too important to vote any other way. 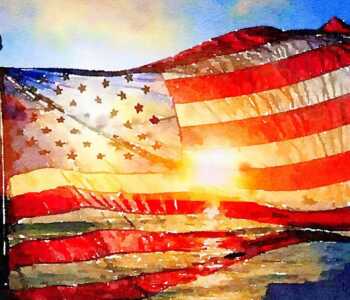 Surrender is NOT in our… 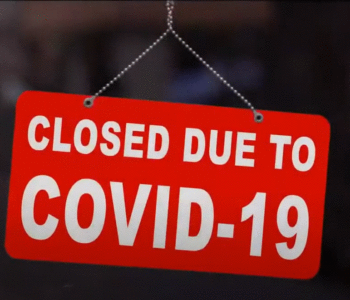 Have you seen THIS commercial?… 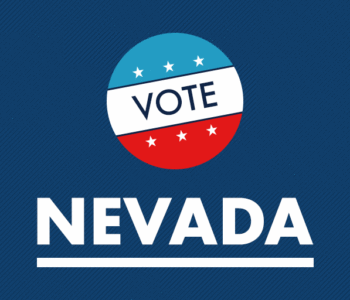